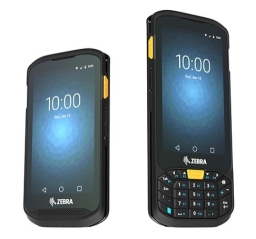 From October 26, 2017, Zebra officially launched a new Android Wi-Fi phone - the TC20. This device does not have cellular phone/mobile data connectivity, it just uses Wi-Fi to connect to the network. This makes TC20 suitable for small-medium sized businesses in the retail, hospitality and small footprint warehousing industries. The TC25 terminal with phone/mobile data connectivity will be launched later.

The TC20 does not replace any existing product in a range of Zebra mobile terminals. It is Zebras' entry into a segment of cheaper smart-devices for small and medium-sized businesses in retail and field services.

The inability to get required hardware components from the suppliers somewhat caught Zebra and found it unprepared to supply all configurations of the MC55 mobile terminals. They announced termination of the MC55A0 devices no later than August 31, 2017 (or perhaps earlier when stocks are exhausted) and MC55N0 no later than June 30, 2017. The MC55XL (Extended Life) replacement is promised as early as September to October 2017. The new MC55XL will have a similar architecture to MC67, Windows Embedded Handheld 6.5, 2D SE4710 scan engine and more memory. It will be offered in standard and medical versions and the accessories will be compatible with MC55A0 and MC55N0.

Since the beginning of 2017, SOTI MobiControl version 13.3 is available.

In this release, you will find better support for Windows 10 Desktop (Anniversary Update), more options for latest series of Windows Mobile (Remote Control, File Sync Rule, Custom Data and Custom Attributes, and Package Deployment via Profiles), enhanced Android for Work and iOS support, and one detail that facilitates staging and managing Zebra Android devices. This is a support for profiles exported from Zebra StageNow in XML format (Export for MDM). With Soti, now you can simply apply all the settings that StageNow supports.

Clearlake Capital Group announced on January 23rd, 2017 it has completed the acquisition of LANDESK. In conjunction with the transaction close, LANDESK, HEAT Software, AppSense, Shavlik and Wavelink announced they have united under a new corporate name: Ivanti. Their new website is www.ivanti.com.

The good thing to note is: while the name and logo have changed, nothing will change about Wavelink products and company focus. 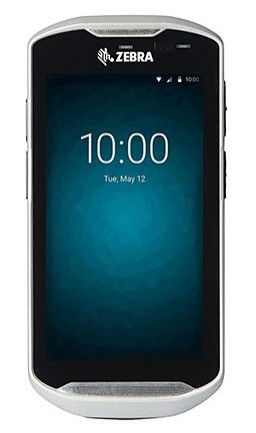 Zebra does not plan to terminate the offer of the MC40 or TC55 mobile terminals in the foreseeable future.

The main new feature is the SOTI surf - a secure mobile browser for iOS and Android devices based on the Chromium open-source web browser. The security features include the following:

The SOTI MobiControl 13.2 release includes a new Android for Work agent that supports Google Android 7.0 (Nougat). It streamlines device deployment and adds key features that previously were
only available for mobile devices through SOTI Android+, specifically, packages via profiles and remote control. SOTI MobiControl 13.2 also includes many more device feature controls to make it
easier for an IT admin to configure and control mobile devices.

On September 14th, 2016 Zebra Technologies announced an agreement with Extreme Networks to sell Zebra's wireless LAN business. A part of this acquisition is Zebra’s full wireless LAN portfolio, which will become a part of the existing ExtremeWireless product line. This includes the complete Zebra WLAN portfolio of access points, controllers, software, advanced security (AirDefense and WIPS) and the whole Wi-NG platform. There are no changes to Zebra’s portfolio of mobile computers, printers, scanners and services.The transaction is expected to close in the fourth quarter in 2016.

Zebra and Wavelink introduced All Touch Terminal Emulation aka Wavelink Velocity version 1.2. Special focus is given to even better support of the TC8000 mobile device:

Contact us for a quotation on professional services related to ATTE/Velocity implementation and legacy WinCE/WM -> Android migration.

In early May 2016 it has been five years since my entry into the business as a freelancer. During that time I worked on many interesting projects for customers both in the Czech Republic and the EMEA region. Among them are Tesco UK, Waitrose or Spanish Post (managed by Zebra/Motorola), or Faurecia Slovakia, Škoda Auto, Electropoli, Miele Technika, Smurfit Kappa and Brose. Not only them, but also all the other customers I would like to thank for their confidence! I am looking forward to work together also in the future!